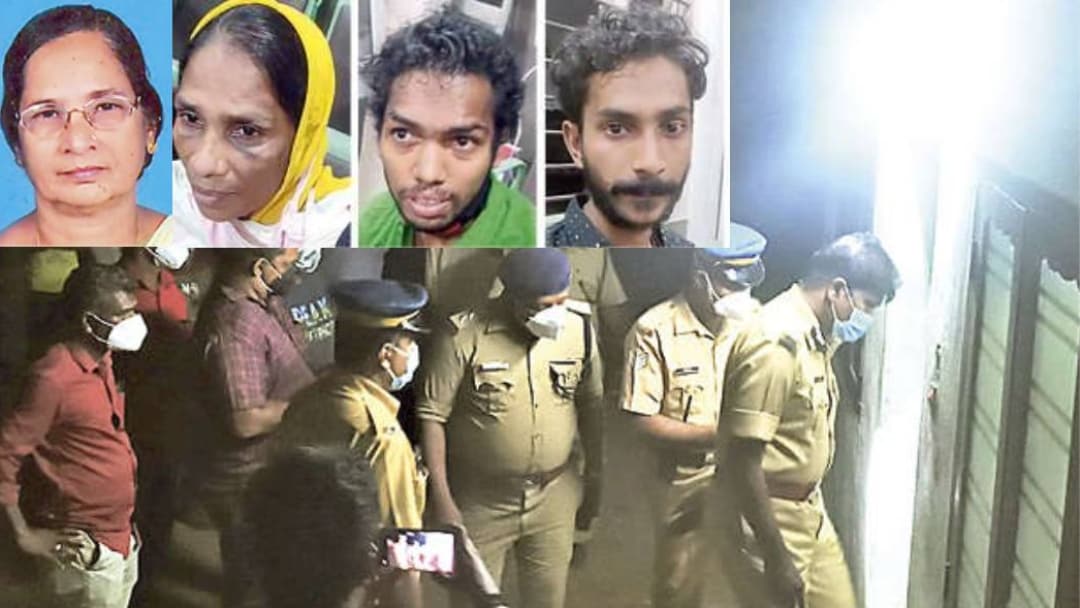 Vizhinjam: An elderly woman was killed after being called home and robbed of her gold jewelery. After hiding the body in the attic of the house, the accused were arrested within an hour from Kazhakoottam. Shanthakumari (75) was killed by her mother, son and a friend at Alummoodu house, Panavila, Mullur. Vizhinjam police arrested Rafeeqa Beevi, 50, of Vizhinjam township, her friend Al Amin, 26, and Rafeeqa’s son Shafiq, 23, of Sreekumar’s house in Mulloor near Shanthakumari. Police said the incident took place on Friday evening. The landlord’s son and friends live near the house where the defendants lived. Defendants had informed the owner that the house would be moved on Friday. The owner’s son arrived home in the evening and found the key to the door of the rented house. The family was called after the incident but there was no movement. When he opened the house, he noticed blood falling from the roof of the verandah. The woman’s body was found on the roof of the attic when the neighbors were called. Vizhinjam police were immediately informed. The police identified the body as that of an elderly woman. Police have launched a search for Rafeeqa, her son and Rafeeqa’s friend Al Amin, who were staying at the house. Meanwhile, their relatives arrived thinking that it was Rafeeqa who had died. The police then checked the location of the phone numbers of the accused and found that it was near the Thycaud Music College. The police team found that the accused had boarded a private bus going to Kozhikode. He then called the mobile numbers of the bus, driver and conductor and asked them to stop the bus near Kazhakoottam police station. Vizhinjam SI A police team comprising KL Sampath reached Kazhakoottam and took the accused into custody. They were taken to Vizhinjam station around 12.30 pm. City Police Commissioner G. Spurgeon Kumar, Fort A.C. S. Shaji, Vizhinjam SHO Prajeesh Sasi also reached the spot. The police concluded that the old woman was strangled with a shawl and then hit on the head with a hammer-like object. The bodies were taken to the attic of the rented house and the accused were on their way to Kozhikode. The accused took the necklace, bracelet, earring and ring from Shanthakumari’s body. The accused also told the police that the ring and ring were sold at a gold shop in Vizhinjam. Rafeeqa Beavis and her boyfriend had an argument at home a week ago and smashed the doors and furniture of the house. The homeowner’s son said the family asked him to vacate the home following the incident. Sanalkumar and Sivakala are the children of the deceased Shanthakumari. Vizhinjam police have registered a case. .