Apple union formed for the first time in history: Apple’s first store where employees will have union, will be able to talk directly with management on salary and working hours 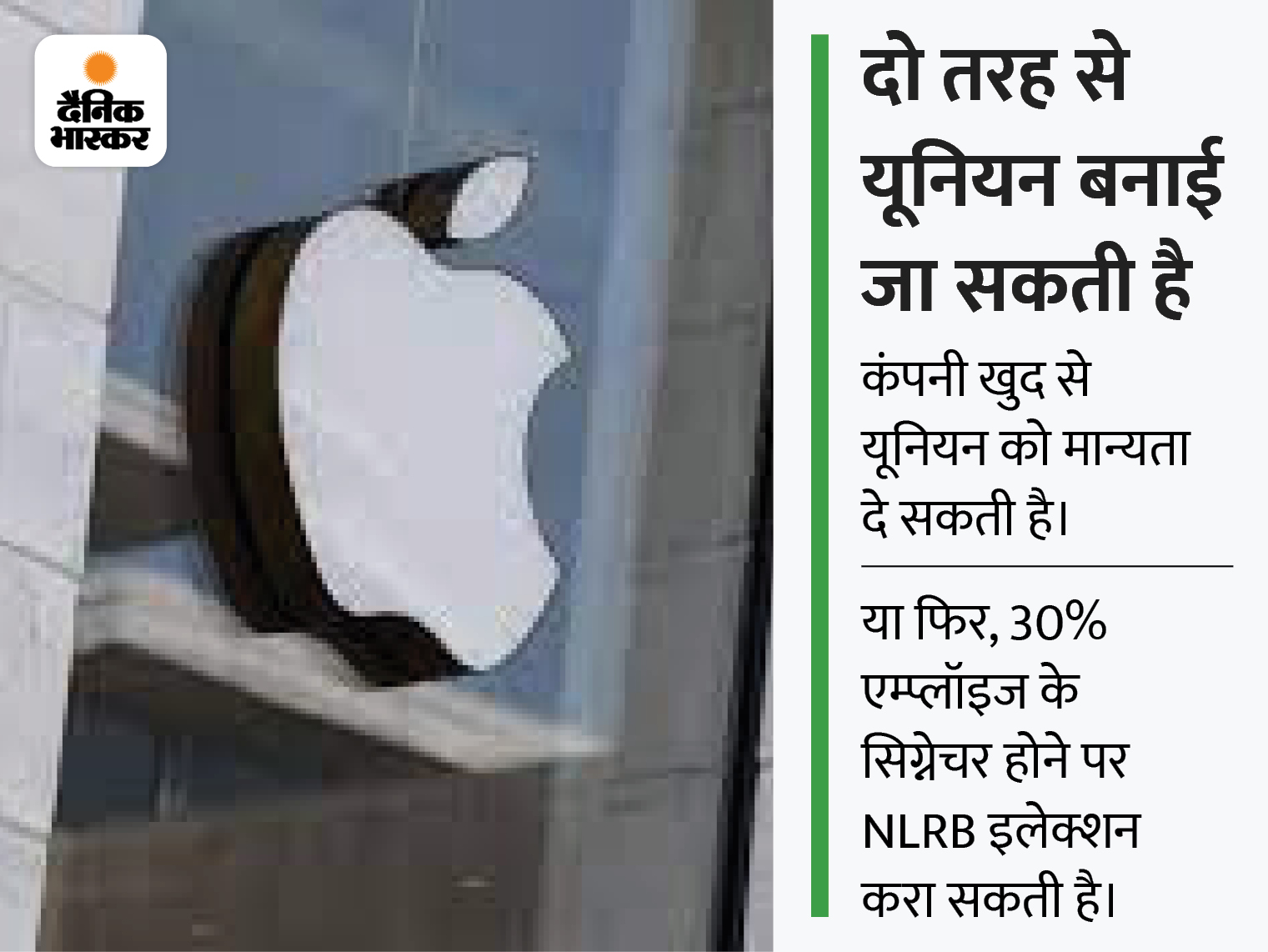 Employees at an American store in Apple voted to unionize. This is the first time in Apple’s history that employees’ union is going to be formed. After the union is formed, the employees will be able to talk directly with the company on salary, working hours and other matters related to them.

Employees’ group AppleCORE (Coalition of Organized Retail Employees) campaigned for the union. After that the voting was done. According to the federal agency that conducted the election, 65 of the 110 employees of the Maryland store voted in favor and 33 against it. 12 employees did not vote.

After winning, AppleCORE tweeted, “We won our union vote! Thank you to everyone who worked so hard and sported! Now we celebrate… we’ll be together like this tomorrow too.” After this election, Apple refused to say anything on it.

There has already been an attempt to form a union
This is the third Apple Store to run Union Drive this year, but the first to be successful in voting for the union. Other Apple stores in Atlanta and New York have also moved to unionize. However, employees in Atlanta have pushed the vote forward, accusing the company of working against the union.

Union can be formed in two ways
Unions are not as common in the US as in many European countries, but the law still provides protection. There are two ways to form a union. The company can recognize the union on its own, or 30% of the employees must be signed, only then the National Labor Relations Board (NLRB) can conduct elections for the union.