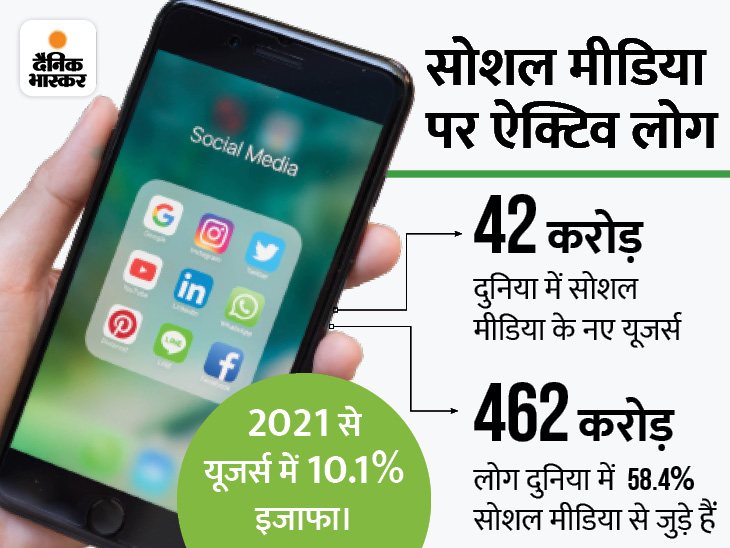 today’s social media
58.4% of the world’s people (462 crore) use social media. According to a research – 42 crore 40 lakh new users were added to social media from 2020 to 2022. There has been an increase of 10.1% in users in one year. The most favorite social networking site was Facebook, which is run by 2900 million people. At the same time, YouTube is at number two, which is run by 250 crore people. The daily use of people on social net working sites has also increased. The time spent using social media has increased by 1.4%. Now people use social media for an average of 2 hours 27 minutes.

2022 Hyundai Tushaw Launch: The only car equipped with ADAS feature, AC will start when the driver speaks, priced at Rs 27.69 lakh

2022 Hyundai Tushaw Launch: The only car equipped with ADAS feature, AC will start when the driver speaks, priced at Rs 27.69 lakh